9 Movies Every Entrepreneur Should Watch

In the current day of age, we see more and more individuals striving for success through entrepreneurship. Business has changed a lot recently, and there is a great attraction towards building your own business instead of getting a job. With the current technology, many people have several tools in creating a brand or business. Being an entrepreneur can be extremely risky, but if you play your cards right, it can absolutely pay off. There have been several narrative and documentary films that have explored the idea of entrepreneurship. The upcoming film Super Pumped with Joseph Gordon-Levitt will be showcasing the journey of the CEO of Uber, as indicated by the recently released trailer. Audiences seem to love films about entrepreneurs for their interesting content and inspiration.

For many decades, entrepreneurs have been idolized and respected for their fearless ways of conducting business. In the modern world, we see several individuals attempting to achieve success through technology and social media. It is so great to know that we live in a world filled with opportunity and the ability to create your own business. Although the world of business can be extremely competitive, it allows creative minds to thrive and build a better world. At the same time, we have seen through films like Netflix’s Fyre documentary, the corruption that can be created through business. If you are an aspiring entrepreneur, or fascinated by the concept, these are nine films that you are not going to want to miss.

Moneyball is an inspirational film that teaches you the importance of thinking outside the box while taking risks. Academy Award-winner Brad Pitt plays Billy Beane, the general manager of the Oakland A’s who recruits Peter Brand (Jonah Hill) to use a mathematical method of drafting new players. Along the way, Beane fights against much resistance, but he sticks to his guns and effectively changes the industry of baseball.

The Intern is a heart-warming story that shows the unlikely friendship between a senior intern (Robert De Niro) and Jules (Anne Hathoway), the CEO of a successful fashion company. The film gives you a good look into the modern day of business, and at the same time, tells a great story about friendship. One of the internal struggles of Jules is whether or not she should step down as CEO of her company. The film is about believing in yourself and never giving up on life.

This documentary will show you how not to run a company, while focusing on the greed and corruption that can come through entrepreneurship. Fyre: The Greatest Party That Never Happened is a detailed look into Billy McFarland’s Fyre company and his fraudulent festival that he threw in 2017. McFarland promised his attendees luxury accommodations and an amazing experience, but what they were given was far from that. McFarland is a pure example of the greed and corruption that can come with success.

Coco Before Chanel shows you the birth of one of the most iconic fashion companies in history. The fashion designer biopic depicts Gabrielle Chanel’s start in humble beginnings and how she would go on to build an empire. At the same time, the film is a great story of female empowerment and overcoming obstacles. Audrey Tautou gives a fantastic performance as Chanel, and we are given a fascinating story that will surely inspire entrepreneurs in years to come.

In Sunshine Cleaning, Amy Adams and Emily Blunt play two sisters who have failed to reach their full potential. To turn their life around, they start a company that cleans up crime scenes or unexpected deaths. The two must go headfirst into disgusting, grotesque scenarios, but they are determined to be a success. In the end, the film is a great story about the importance of family and chasing after your dreams.

Aaron Sorkin brings his sharp, aggressive dialogue to the story of Steve Jobs and the Apple empire. Steve Jobs is split into three sections, chronicling the ups and downs of Jobs’ career. It is a fascinating story about one of the greatest entrepreneurs of all time. We see the brilliance and flaws in Steve Jobs, and Michael Fassbender gives an amazing performance. The film keeps you on the edge of your seat through the dialogue, and shows you how innovation can change the world.

Joy shows how ruthless and difficult the road to success can be for entrepreneurs. The film follows a brilliant woman, Joy (Jennifer Lawrence), who invents a new, innovative mop. Although her invention is great, she has to overcome several obstacles including financial problems, corruption, and theft of her ideas. At the same time, the film gives you a glimpse into the fascinating world of QVC. The film features several A-list actors including Bradley Cooper, Rober De Niro, and Isabella Rossellini.

Jerry Maguire is an iconic film that teaches you the importance of making your own path in business. After Maguire (Tom Cruise) pitches an idea gaining less clients to focus on the ones they have, he is fired from a successful sports agency. Instead of giving up, Maguire decides to start his own agency, but unfortunately only has one client, an eccentric football player played by Cuba Gooding Jr. Along his journey, Maguire discovers friendship, love, and the true meaning of happiness.

Aaron Sorkin took the story of Facebook and turned it into a Shakespearean drama in The Social Network. Jesse Eisenberg plays Mark Zuckerberg, and we are shown his rise to become the youngest billionaire in history, while making quite a few enemies along the way. The film shows you the beauty of technology and innovation and how one person can change the world. The script is filled with dramatic moments, and you are given a fascinating story about the creation of Facebook that could inspire several entrepreneurs.

Here’s How Some Like It Hot Affected the LGBTQ+ Community

Aside from being one of the funniest films of the twentieth century, Some Like It Hot was pivotal in supporting the LGBTQ+ community. Here’s why.


Jonny Hoffman is an evergreen writer for Movieweb. He graduated from Point Park University with a degree in Cinema and Digital Arts. Jonny also works as a screenwriter, filmmaker, and SAG-AFTRA actor. He currently resides in New York City.

What to watch for in Pennsylvania governor’s budget proposal 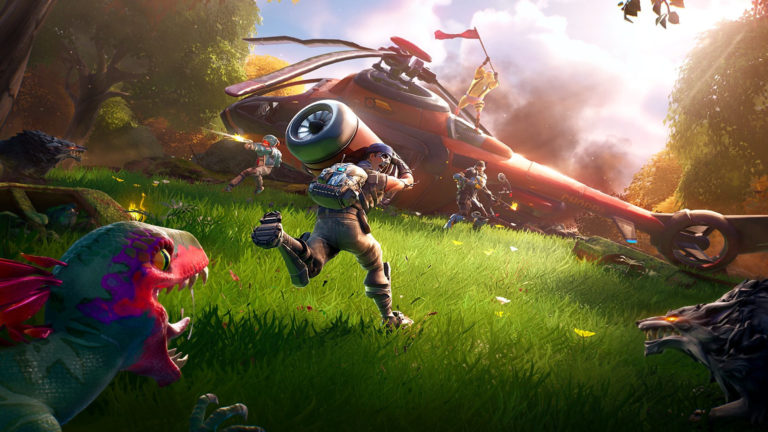 How to redeem a V-Bucks card in Fortnite

How to Use ClickBank Affiliate Marketing: A Step by Step Guide