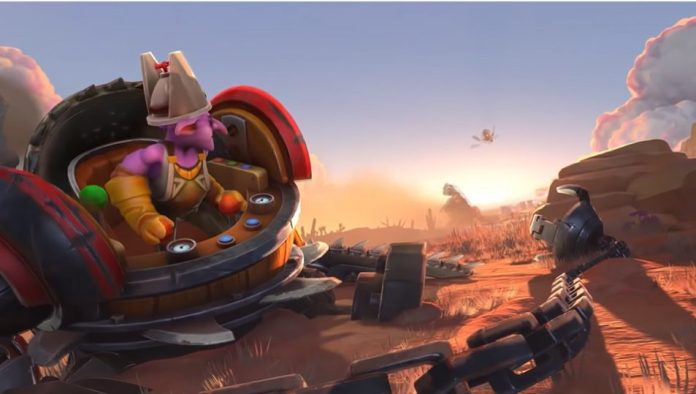 Turbo mode joined Dota 2 after the Dueling Fates 7.07 update, and it allowed new and casual Dota 2 to get in tune with the game. They can play any hero in this mode and determine which hero they choose in battles.

Today, we will determine five ways to become a better player at Dota 2 if you spend time in turbo mode. You can also use the best Dota 2 hacks to enhance your gaming experience.

Most of the time, players begin to farm after winning the fight and do not push their advantages to achieve objectives. Most would choose to farm rather than take down Roshans or towers. It is mainly because players lack trust in the strangers they meet in the pub matches. This mistrust can be fatal in turbo mode if other teams have powerful heroes.

To be sure of pushing your advantage, use a high ground when respawn time is slower. You want to pick all carry lineups before your opponents are even online. You and your team should create a Deathball Megazord that will keep killing your enemies if they try to attack solo.

There are a lot of heroes in Dota 2, and it will take you years to play all of them in regular matches. If you play those heroes whom you have never tried in regular matches, then it will be the best way to understand each one of them. You can execute this strategy in turbo mode without wasting a lot of time in full-length matches. You can figure out which hero is casting which spell.

You can also figure out which hero is weaker, so you will be confident in facing it when you see it in your regular match. You will know what you have to do against it. Playing more heroes will give you a deep understanding in-game, and next time in a regular match, you will not be surprised by any hero.

Get Familiar with the Game

Playing Dota 2 can sometimes piss you off. In that situation, you can play some low stake games in the turbo mode. Match duration will be shorter, and the gameplay is unranked, so you don’t have to fear losing your hard-earned ranks to lazy and experimental gameplay. You will be free to choose your hero with minimal repercussions to your actual ranks. If you are just a beginner, you should also play turbo mode. You will know about each hero to figure out which will be best for you.

You will also learn about the powers of most of the heroes, so next you see them in battles, your strategies will be far more effective and precise. You will become a polished player with time and practice. So hang out with turbo mode before joining a team in regular matches.

This form of gameplay is the opposite of pushing the advantage. You will often find yourself in a team of five heroes, and you have to wait and farm for a while or catch up on the levels. This implies that you will have to do split pushing, which means your team will split up and push lanes to incite the enemy retaliation.

If the opposite team keeps on retaliating to your attack, they will not succeed in capturing your base. Rat Dota gameplay is beneficial when you have highly elusive heroes that can clear lanes full of creeps and then vanish before another team can arrive. You can use a puck for this purpose.

Efficient farming is vital in this game. If you are a support, you probably do not have any farming priority in your team. Missing the final hit for support is like missing 10% of the net worth.

There are opportunities for you to gain an extensive amount of gold in the turbo mode. So, stay on the lookout and not let other players take advantage. You can also consider buying a Hand of Midas support in turbo mode, and it will help you collect the gold and push your advantages.

Playing turbo mode can give you a fresh outlook of the game as you will understand the entire hero lineup. You can choose from them in your main matches and lead the rankings. This mode will prove to be a delight for beginners, as they can learn to play in this mode and make their own opinions about heroes and their powers. So, spend some time in turbo mode. Skyline is an in-development Nintendo Switch emulator that actually works