10 Movies & TV Shows Where You’ve Seen The Cast Of Munich: The Edge Of War

Munich: The Edge of War recently dropped on Netflix and is bound to pique the interest of fans of movies based on World War II. Set in 1938, the movie reimagines the diplomatic efforts of Britain and Germany to prevent war while Adolph Hitler kicks off his invasion of the Czech heartland. The cast includes familiar names like George MacKay, Jeremy Irons, and August Diehl.

To make the German characters as accurate as possible, the movie also relies on a host of German TV and movie actors such as Jannis Niewöhner and Ulrich Matthes. All in all, it is an exciting lineup for an intense war drama.

British actor Jeremy Irons stars in Munich: The Edge of War as British Prime Minister Neville Chamberlain. Apart from winning an Oscar for Reversal of Fortune and playing Alfred in the DC Extended Universe, Irons recently appeared in the HBO miniseries Watchmen as the villainous Ozymandias.

As an older version of the original character from one of Frank Miller’s best graphic novels, Irons added a new take to his legacy. As the vigilantes of Watchmen struggle to combat a new racist conspiracy, Ozymandias overcomes his past demons to strike an unlikely alliance with the superheroes. If there is one thing common between Ozymandias and Chamberlain, it is Irons’ stunning oratory.

In Munich: The Edge of War, George MacKay plays a fictional British diplomat called Hugh Legat. But this isn’t his first rodeo with the war genre as he is popularly known for being the lead actor in 1917, the war epic directed by Sam Mendes.

While Munich is set in the onset of World War II, 1917 has historical connections to World War I. MacKay played the protagonist Lance Corporal William Schofield, a soldier tasked with delivering an important message to call off an offensive attack. The characters are similar in the sense that both embark on missions to prevent Britain from having a strategic misfire.

Hugh Legat’s German counterpart in Munich: The Edge of War is the diplomat Paul Von Hartmann who is played by Jannis Niewöhner. Even though Niewöhner has only two English screen credits to his name so far, he has acted in several German movies.

RELATED: The Best German Movie From Every Decade Of The 20th Century

One of his earliest hits was the 2013 fantasy movie Rubinrot aka Ruby Red. The movie starts off with a teenage girl discovering time-traveling powers. At the same time, she deals with the usual adolescent experience, crushing hard on fellow student Jannis Niewöhner’s Gideon de Villiers who seems to carry secrets of his own. Based on a trilogy of books, the actor went on to reprise the role in the two sequels.

The big baddie of Munich: The Edge of War is, of course, the infamous dictator Adolf Hitler. German actor Ulrich Matthes plays the tyrant, joining a long list of actors that includes the likes of Charlie Chaplin and Bruno Ganz.

In fact, Matthes collaborated with Ganz way back in 2004 when the latter played Adolf Hitler in the influential German movie Downfall. The movie documents the last days of Hitler as he stays hidden in an underground bunker. Matthes appears as Hitler’s close aide and propaganda minister Joseph Goebbels. It is interesting to see that Matthes is still involved in playing Nazi figures, years after the release of Downfall.

Mark Lewis Jones – Master And Commander: The Far Side Of The World

Welsh actor Mark Lewis Jones plays Prime Minister Chamberlain’s advisor, Sir Osmond Cleverly in Munich: The Edge of War. Apart from this, he has appeared in several mainstream movies like Master and Commander, Star Wars: The Last Jedi, and Troy.

In the former, he played Mr. Hogg, the master of the whaler ship called Albatross. The naval epic is set during the Napoleonic wars and focuses on a British captain’s efforts to defeat a French war vessel. Praised for its performances and technical aspects, the movie garnered 10 Oscar nominations.

Sandra Hüller appears as Helen Winter, a close confidante of the secondary protagonist Paul Von Hartmann. Hüller is a noted German actress with several critically-acclaimed films to her credits such as Toni Erdmann and Requiem.

In the latter, the actress played the part of an epileptic woman called Michaela who is alleged to be possessed by members of her church. Favoring documentary-style filmmaking over shock value, Requiem exposes the physical struggles and religious bigotry that Michaela is forced to face.

As the German and British diplomats run investigations of their own, a mysterious SS officer called Franz Sauer monitors their activities. Sauer’s actor August Diehl is no stranger to Nazi-related movies as he played a Gestapo major in Quentin Tarantino’s war comedy movie Inglorious Basterds and an Austrian conscientious objector in Terrence Malick’s human drama A Private Life.

The latter is a biopic of Franz Jägerstätter, an Austrian farmer who rejected fighting for the Nazis during World War II. For countering the authoritarian regime, he was sentenced to death. The movie attempts to take a deep dive into his life and his views on war and religion.

Joining Hartmann in his quest to revolt against Hitler, Liv Lisa Fries’ character Lenya is a political activist who highlights the dictator’s racist attitude against the Jews.

RELATED: Top 10 Foreign Series On Netflix (According To IMDb)

Fries has an established presence in German media with her most popular role being that of Charlotte Ritter, a police clerk in the neo-noir thriller TV series Babylon Berlin. Interestingly, this show is set during the final years of the Weimar Republic, closely preceding the time period of Munich: The Edge of War.

Hugh Legat’s significant other Pamela is played by Jessica Brown Findlay who appears in a brief part in Munich: The Edge of War.

The actress is most renowned as the Downton Abbey character Lady Sybil Branson. She is one of the boldest characters of the series as she never shies away from her political opinions. Her role ends in the second season when she marries an Irish nationalist and shifts to Dublin. As Downton Abbey is set in the 1910s and 1920s, Sybil precedes Pamela’s existence by just a few decades.

Anjli Mohindra appears in Munich: The Edge of War as Joan, a secretary representing the British side at the movie’s central conference.

Among the actress’s screen credits, the BBC One series Bodyguard is one of the most popular ones. Starring Richard Madden as the titular character, the political thriller series delves into a conspiracy against the British Home Secretary that a PTSD-struck Police Sergeant must uncover. Mohindra plays the part of Nadia, a terrorist accused of a potential train bombing. However, her character isn’t reduced to one-dimensional villain stereotypes and instead shows several grey areas as the story unfolds.

NEXT: 10 Best Foreign War Films, Ranked (According To IMDb) 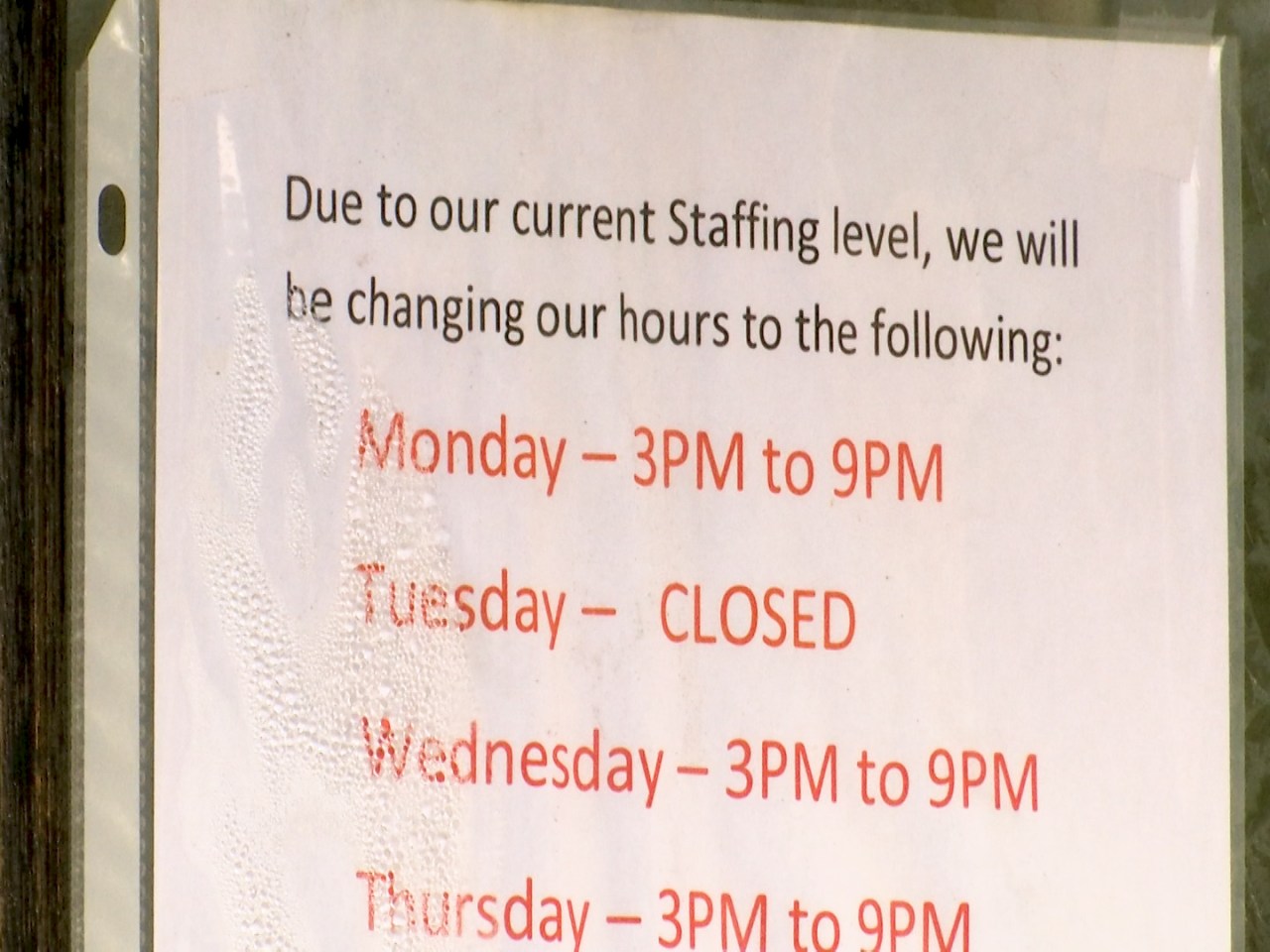 LeBron: Lakers ‘all in this together,’ Russ included

What Is Gin Made From? What Makes the Juniper-Flavored Spirit Unique