10 DreamWorks Movies That Would Make Great Worlds To Visit

Kingdom Hearts combined the fantastical works of Square Enix with the wonderful tales of Disney, resulting in immersive worlds for Sora, Donald, and Goofy to explore, traveling there via the Gummi Ship. Whether traversing the unusual world of Wonderland, exploring the pages of the 100 Acre Wood, or duking it out in the Olympus Coliseum, the Kingdom Hearts saga is full of locations that showcase developer talents and imagination.

RELATED: Kingdom Hearts: The 10 Best Friendships In The Series, Ranked

However, seeing as all of the worlds are related to the works of Square Enix and Disney, some fans are left wondering what could have been if the game series had explored other film studios such as the imaginative DreamWorks.

10 Metrocity Could Have Been Technological Marvel (Megamind – 2010)

In Kingdom Hearts 3, Sora and the gang started to get caught up with the modern technology that Hollow Bastion was famous for. Between the improved Gummi Ship, Sora’s new gummiphone, and the technological advancements of San Fransokyo, Sora was finally learning about all the things that his home on the Destiny Islands had lacked. Megamind‘s Metrocity would have allowed Sora to further explore new technology, or even combat it with theoretical Heartless based on Megamind’s beloved Brainbots.

For gamers who love the original sing-song world of Atlantica, Trolls could have been the next best thing. With its colorful characters, interesting music choices, and multitudes of unique locations, Trolls would have at the very least provided an aesthetically pleasing world. The release of Trolls: World Tour would have also provided a great deal more maps and different variations of trolls for Sora to use as either summons or as keyblade variants on his quest to stop the Heartless, Nobodies, and villains of Organization XIII.

With the whole of Disney to explore, it’s no surprise that Square Enix came to the same conclusion that the prospect of being a toy would be fun, running around a gigantic toy store and warring with villainous action figures. However, where Disney provided Toy Story, the DreamWorks equivalent was Small Soldiers. The peaceful Gorgonites would have proved to be interesting allies to Sora, Donald, and Goofy, especially in their war against the Commando Elite.

It would have been especially interesting to see the depiction of Major Chip Hazard losing himself to the darkness, consumed by his need to destroy the Gorgonites. The possibilities are endless, especially when considering the allegory of the Gwendy Dolls coming to life, forced into a world of evil they don’t understand since they were created by Hazard. It’s similar to how Maleficent deceived Riku into believing that he had to fight Sora in order to protect Kairi in the first Kingdom Hearts game.

For fans of Hollow Bastion from the first Kingdom Hearts game, The Valley Of Peace could effectively mirror the labyrinth-like structure, creating a maze for players to get lost in. Notable locations could be Ping’s Noodle Shop, which would make a delightful safe zone for a save point, the Jade Palace, wherein Sora could fight in the training arena much like in the Olympus Coliseum, and the ominous Chorh-Gom Prison, which could house multitudes of new Heartless and Nobodies with designs based off the prisoners trapped there. This world would also provide Sora with a new anthropomorphic design that would allow the heroes to protect the world order on their journey.

It isn’t hard to see the similarities between Sora’s story and The Croods. The main plotline of The Croods was that the world was ending and that the family of cavepeople had to leave behind their home in search of a better tomorrow. In the first Kingdom Hearts game, Sora had to leave the Destiny Islands behind when his world was destroyed by the darkness. With so much in common, Sora would likely relate to the Croods, especially to Guy, the first forced to abandon his home.

The world of The Croods would also allow for countless colorful creatures, stunning flora, and a symphony of new sounds that would perfectly encapsulate the enchanting environments provided in the films, such as the blooming rainforests, sun-baked desert, and foreboding tar-pits.

It would be impossible to make a DreamWorks/Kingdom Hearts crossover without the use of fan-favorite film Shrek. Where Sora’s initial quest was all about saving the seven Princesses of Heart, the story of Shrek could act as a foil, much like it was the foil to traditional fairy tale stories upon its release in 2001. With such companion characters as Princess Fiona and Shrek, Sora might actually find himself hard-pressed to keep up, making his way through murky swamps, abandoned castles, and the ever-perfect town of Duloc.

4 Eris Is The Perfect Heartless Villain (Sinbad: Legend Of The Seven Seas – 2003)

Although Sinbad: Legend of the Seven Seas is something of a forgotten classic, it has everything necessary to the perfect Kingdom Hearts world. Cut-throat pirates with hearts of gold? Check. An artifact called the Book of Peace which perfectly aligns with Sora’s goals? Check. A chance to traverse the high seas whilst battling interesting monsters? Check.

The film even has the perfect villain in Eris the Goddess of Chaos, mother to the monsters that oppose Sinbad and his crew. Since Eris already creates monsters from the constellations, what’s to say that she wouldn’t also align herself with the Heartless, creating new ones for Sora to battle? Eris already claimed that her heart is black, so she would be the perfect ally for the Heartless to rally under.

As far as DreamWorks films go, who could forget the cult classic The Road to El Dorado? When considering this world for design, players might wonder whether the world ought to center around the Spanish port that Miguel and Tulio hail from, or the Aztec city itself, but why choose? As Miguel and Tulio famously said, “Both is good.”

The world provides the perfect villain in the insane priest Tzekel-Kan who thrives off the suffering and torment of others. His boss fight could be one of the most difficult in the game, seeing as Tzekel-Kan has the gift of advanced healing and the ability to possess stone carvings, giving him even more allies.

In the humble world of Neverland in the original Kingdom Hearts game, Sora was finally granted the ability to fly. But with only the cramped innards of the Jolly Rodger and Big Ben to explore, the experience was somewhat limited. Given the chance to befriend one of the dragons from Berk, he could really touch the sky once and for all. He could travel between the different Viking settlements depicted in the films. As a much-beloved character, Toothless would make the perfect traveling companion for Sora to bond with.

Sora already met the kind-hearted old man Santa Claus in Halloween Town in the original Kingdom Hearts, so what would he think of the dual-wielding swordsman and mischievous toymaker, North from Rise of the Guardians? This world has a lot of potential because of the various homes of the guardians, allowing the player to access the Tooth Palace, North’s Toy Shop, Bunnymund’s Warren, and Jack’s Frozen Lake. As if the map locations weren’t good enough, the film follows the plot of the five guardians protecting the light in children’s hearts from the darkness and evil that Pitch Black tries to infect them with. What could be more perfect for a Kingdom Hearts game?

NEXT: Every World In Kingdom Hearts I, Ranked By Difficulty 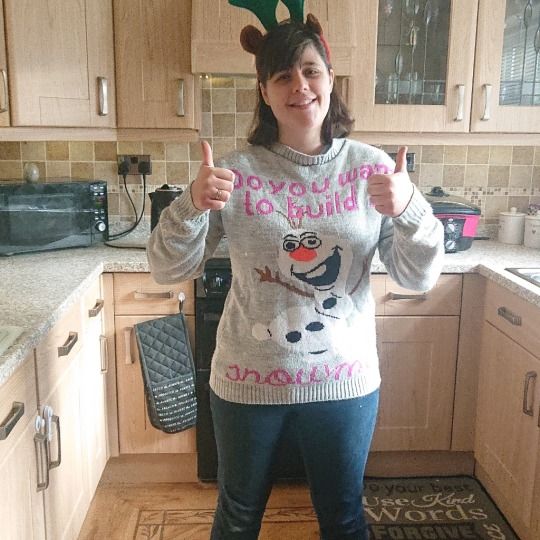 
Sophie Jacklin is an aspiring author, in the midst of writing her first full-length novel. She loves anime, cartoons, video games, and writing about them. Her favorite shows are Avatar: The Last Airbender, Sailor Moon, Fruits Basket, Teen Titans, and She-Ra and the Princesses of Power. She does not like spelling things the American way, but will do what she must for the sake of great writing.

Long-Track Speedskating: How It Works and Who’s Worth Watching