In 1962, James Bond appeared in the film Dr. No. It was the character’s first movie appearance, and it started a series of films that has spanned decades and continues to this day. Ian Fleming’s gentleman spy protagonist is now one of the most recognizable names in literary and film worlds.

Though many movies featuring 007 have come out, some have connected with audiences more than others. Users of the site Ranker have voted on what they believe are the best James Bond movies, which can give new viewers ideas on which of the films to check out first.

For Your Eyes Only may not be among the most well-known James Bond films, but it still has many elements that fans have enjoyed over the years. The story sees the agent working to recover the Automatic Targeting Attack Communicator that has been lost after the ship carrying it sank.

Filled with the thrilling espionage, action, and high stakes the series is known for, For Your Eyes Only has its loyal fans that praise its high quality as part of Roger Moore’s run.

Starring Sean Connery in his fourth film appearance as James Bond, Thunderball follows the secret agent as he attempts to track down members of SPECTRE who have stolen atomic bombs and have begun to hold the world ransom.

Though some of Connery’s other outings as 007 remain more highly regarded, Thunderball nevertheless provides fascinating plot elements and solid performances. It also features one of the best climaxes in a James Bond movie, helping it to be a classic among fans.

The film that started it all, Dr. No, is still among the most beloved movies featuring the famed secret agent. Bond investigates the circumstances surrounding the disappearance of someone affiliated with MI6, which leads him to discover a plot that goes much deeper than expected.

Dr. No has an enduring legacy as an action-packed, enthralling introduction for Bond, and it launched Connery into his most recognizable role.

The most recent entry in the James Bond series, No Time to Die, lives up to the reputation of its predecessors in what is one of the best final 007 films from a James Bond actor. The movie centers on the attempt to rescue a kidnapped scientist and stop the use of a dangerous type of nanotechnology.

Daniel Craig encompasses the character for the last time in an emotionally impactful performance that is a worthy send-off from the series for the actor, and other actors like Lashana Lynch and Rami Malek help to propel this entry to new heights.

GoldenEye, Pierce Brosnan’s first movie as James Bond, follows 007 as he tries to stop a plot of financial devastation that would be disastrous for the world. Brosnan’s first outing as the character proved to be a successful one, with his performance embodying what many fans wanted from the actor who would follow the portrayals of his predecessors.

GoldenEye is one of the most beloved of the James Bond films, and its reputation has been further bolstered with the help of the 1997 video game GoldenEye 007, which was based on the movie.

The Spy Who Loved Me centers on the secret agent as he teams up with KGB agent Anya Amasova to stop Karl Stromberg from causing a worldwide nuclear war and starting a new civilization underwater.

The film is full of twists, turns, and captivating characters. It is so well remembered because of the gripping story surrounding Bond and Amasova and for featuring some of the best villains from Moore’s James Bond movies.

In Craig’s third appearance as Bond, the character must track down a mysterious figure who unleashes attacks on MI6 and seeks to unveil the identities of its agents.

As the film begins with a mission that went wrong, leading to Bond being presumed dead for some of the movie, there are emotional elements that shine through and help Skyfall to feel personal. Craig is stellar in his role, and Javier Bardem, Judi Dench, Naomie Harris, and the rest of the cast also help to make Skyfall into something special.

1963’s From Russia with Love follows the plot undertaken by SPECTRE to kill James Bond, which involves the agent helping Tatiana Romanova, a cipher clerk from the Soviet Union, to leave for the West, though she is unaware that she is a part of a trap.

The methodical plan devised by the villains provides an abundance of tense situations for the protagonists, culminating in excellent drama and action sequences that make From Russia with Love a consistently enjoyable movie.

Casino Royale was Craig’s first outing as James Bond, and it is often considered his best. His casting as 007 was controversial among many fans of the series, but he proved himself as more than capable through his portrayal. In this film, Bond works with Vesper Lynd to defeat Le Chiffre, a financier of terrorist groups, in a high-stakes poker tournament.

Some fans believe there are many ways James Bond is Craig’s best character, and Casino Royale displays plenty of them, showing why he was a worthy choice to take up the mantle of 007.

Connery’s third appearance as James Bond centers on the agent as he tries to uncover the plans of Auric Goldfinger, whose plot goes further than the gold smuggling he was initially investigated for.

The James Bond series has been known for some of its most recognizable scenes, several of which take place in Goldfinger. Elements like Oddjob’s deadly hat and a laser beam slowly approaching Bond as he lies helplessly have been stuck in the public consciousness for over fifty years, showing how iconic this film is.

NEXT: 10 Ways Daniel Craig’s Other Bond Movies Set Up No Time To Die


Next
Top 10 Worst Open-World Habits Most Players Have

What is going on with Jayson Tatum’s shot this season? 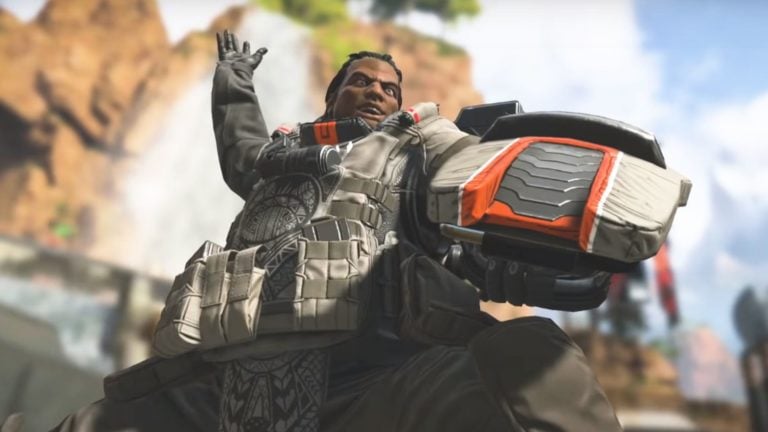 When do I have to start taking money from this inherited IRA?