10 Bad Movies That Could Be Made Into Great Ones, According To Reddit

The only thing more disappointing than a bad movie is a bad movie that had the potential to be great. There are so many films that had terrible receptions, but if as little as one minor thing was changed, it could have been incredible. Redditors have tons of opinions on bad films that could be remade into modern classics.

RELATED: The 10 Best Casting Rumors That Never Came True, According To Reddit

There are so many different reasons as to why these movies could be great. Whether it’s because a different director could have handled the subject matter better, because there could be less focus on subplots, or because they’re based on beloved source material, Redditors think they could be stronger.

The Black Dahlia is a true-crime movie that depicts the events of the real-life murder of Elizabeth Short. At its best, it’s a serviceable thriller, but it falls short in way too many areas. Ewww_David_ thinks that in the hands of the right director, it could have been so much better. The Redditor explains that, “I believe it was originally supposed to be directed by Fincher and it never happened. It’d be spectacular.”

David Fincher is one of the greatest thriller directors of this generation with movies like Seven, Gone Girl, and Panic Room under his belt, and he could have elevated the 2006 movie tenfold. As was the case in real life, The Black Dahlia ends with the mystery left unsolved, and the killer is never found, and Fincher went on to direct a similar movie the following year — the true-crime thriller Zodiac.

The biggest selling point of Passengers was the star power, and it was almost as if the studio thought it could make audiences tune in to anything just so long as it stars Chris Pratt and Jennifer Lawrence. But the end result was a massively underwhelming sci-fi flick, and as SpideyFan914 notes, “the main issue was with playing up the romance as something we’re expected to root for.”

The idea of two people being lost in space together and not knowing whether to trust each other points to Passengers working better as a horror movie. Unfortunately, there was way too much of a focus on romance and it didn’t work at all.

Interestingly, there was a whole shift in tone and even genre with the Purge series. The original movie was a low-budget survival horror flick that followed a family protecting themselves from a home invasion, whereas the sequels were full-on action movies. But according to Epzme, neither of those approaches fit the potential of the concept.

RELATED: 10 Trailers That Are Way Better Than The Actual Movie, According To Reddit

The Redditor explains that they “swear people watch those movies because the concept is great but the films are bang average.” The movie could combine what’s great about the series, such as the survival action aspects while being somewhat of a social commentary. It should use the brilliant concept as a way to tell something profound.

Just like John Carter, The Dark Tower is based on a series of books, this time written by Stephen King. The series is often regarded as some of King’s finest work, but the movie adaptation was a mess. GunnarJohnson999 believes the movie could have been so much better and even the start of a huge franchise.

The Redditor reckons that “if someone followed the books, cast to canon […] they could create a cinematic series to rival LOTR.” But it’s almost as if Sony did the complete opposite. The movie’s narrative was a random mix of all the books, which led to a massively confusing and bewilderingly short 90-minute movie.

It’s no secret that the Star Wars prequel trilogy is one of the most polarizing film series ever (probably only to be beaten by the Star Wars sequel trilogy.) Aldousking is one of many Redditors to point out how much potential the movies had, but was let down by too many other filmmaking aspects.

The Reddit user explains that “the story arc is actually great, and most of the characters are interesting/engaging — the dialogue was just awful.” Even though the entire trilogy is completely based on a plot twist in The Empire Strikes Back and it ruins one of the greatest cinematic surprises ever, there’s so much world-building in the movies. Darth Maul and podracing alone are two of the most interesting parts of the whole of Star Wars.

Jumper is very much a product of its time. The late 2000s saw a wave of movie adaptations of young adult novels, which were generally a mix of mediocre action and schmaltzy teen love, and this film was no exception. Sankarawiz thinks that the teen love was what kept Jumper from being a truly great film.

The Redditor claims that the movie “had the coolest premise if you get rid of all the angsty BS.” As Jumper follows a teenager who can teleport and finds himself in some fascinating locations and the middle of an ancient war, it could have been an epic sci-fi adventure.

Batman v Superman: Dawn of Justice was one of the most disappointing movies ever at the time, as it couldn’t follow through on the promise of the movie’s title. When the film finally reached the scene that everybody had bought a ticket to see, it lasted for a few short minutes. And what’s worse is that it culminated in the heroes becoming best friends after they find out their mothers have the same name. Hs0505 calls it “the worst conflict resolution I’ve ever seen.”

RELATED: 10 Filmmakers Who Should Direct The Next James Bond Movie, According To Reddit

However, superhero movies get rebooted so often, and nobody really knows what will happen to the DC Extended Universe after The Flash, which may or may not reset everything. So there’s no doubt that there’ll eventually be another attempt at making a Batman v Superman movie.

There are a lot of bad video game movies, but none have misunderstood why the source material is so beloved more than Hitman. There was even a reboot of the movie, Hitman: Agent 47, which followed in 2015, but that was even worse and it doubled down on the mistakes that the original made.

Nothing_in_my_mind explains that “No Hitman movie genuinely captured the big draw of the games, which is carefully infiltrating locations, not going in guns blazing.” The movies were turned into action flicks when they could have been incredible crime thrillers, and that’s just one of many things the Hitman movies got wrong.

Despite the Matrix series not having delivered a great movie since the original in 1999, there was still a lot of excitement surrounding the new film, and there was hope it’d be a return to form. However, that wasn’t the case, and Black_RL thinks the movie could have been great.

There are so many avenues that The Matrix Resurrections could have gone down. Even outside of fan theories, a couple of fascinating philosophical ideas were raised in the movie too. The idea of being able to grow actual food on Zion, questioning if pulling somebody out of the Matrix without their permission is humane, and several other interesting ideas were raised. Unfortunately, they were all quickly thrown by the wayside.

Why Marvel Zombies Doesn’t Actually Have a Captain America 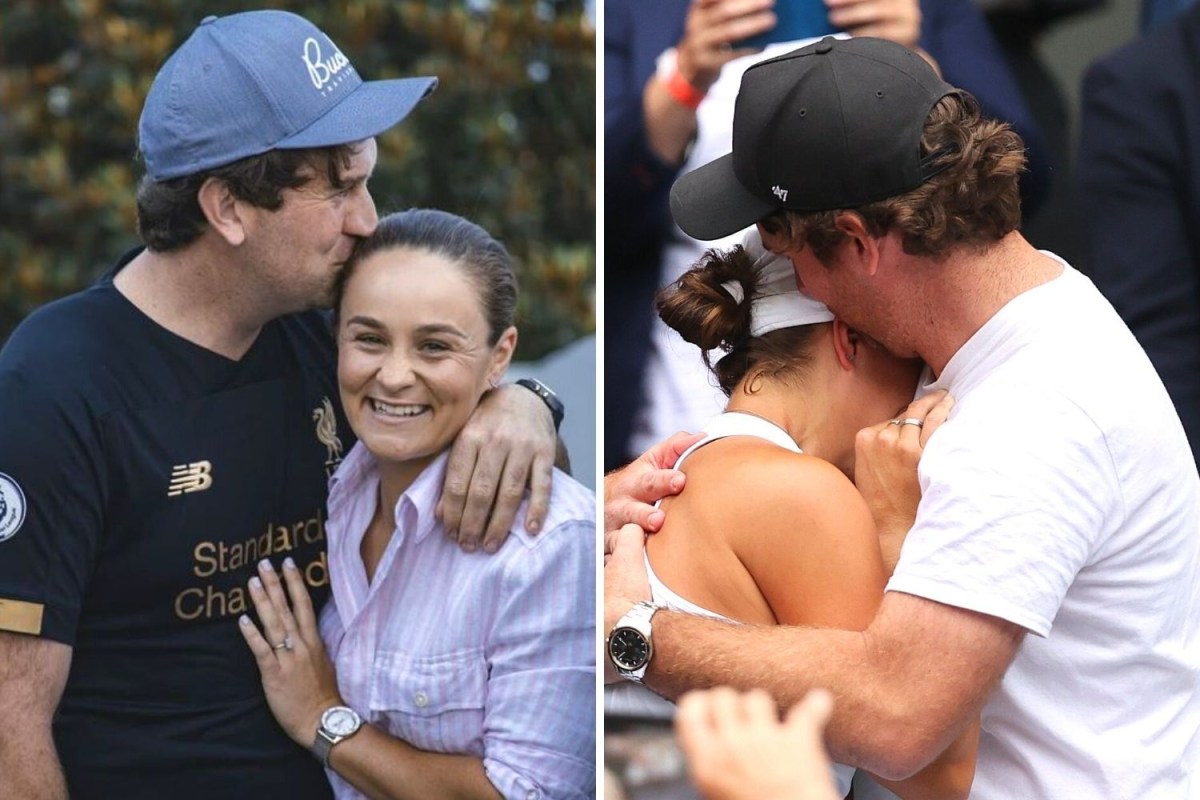 Who is Ashleigh Barty’s boyfriend Garry Kissick and does she have children?

Netflix Adds One of the Best Family Movies Ever